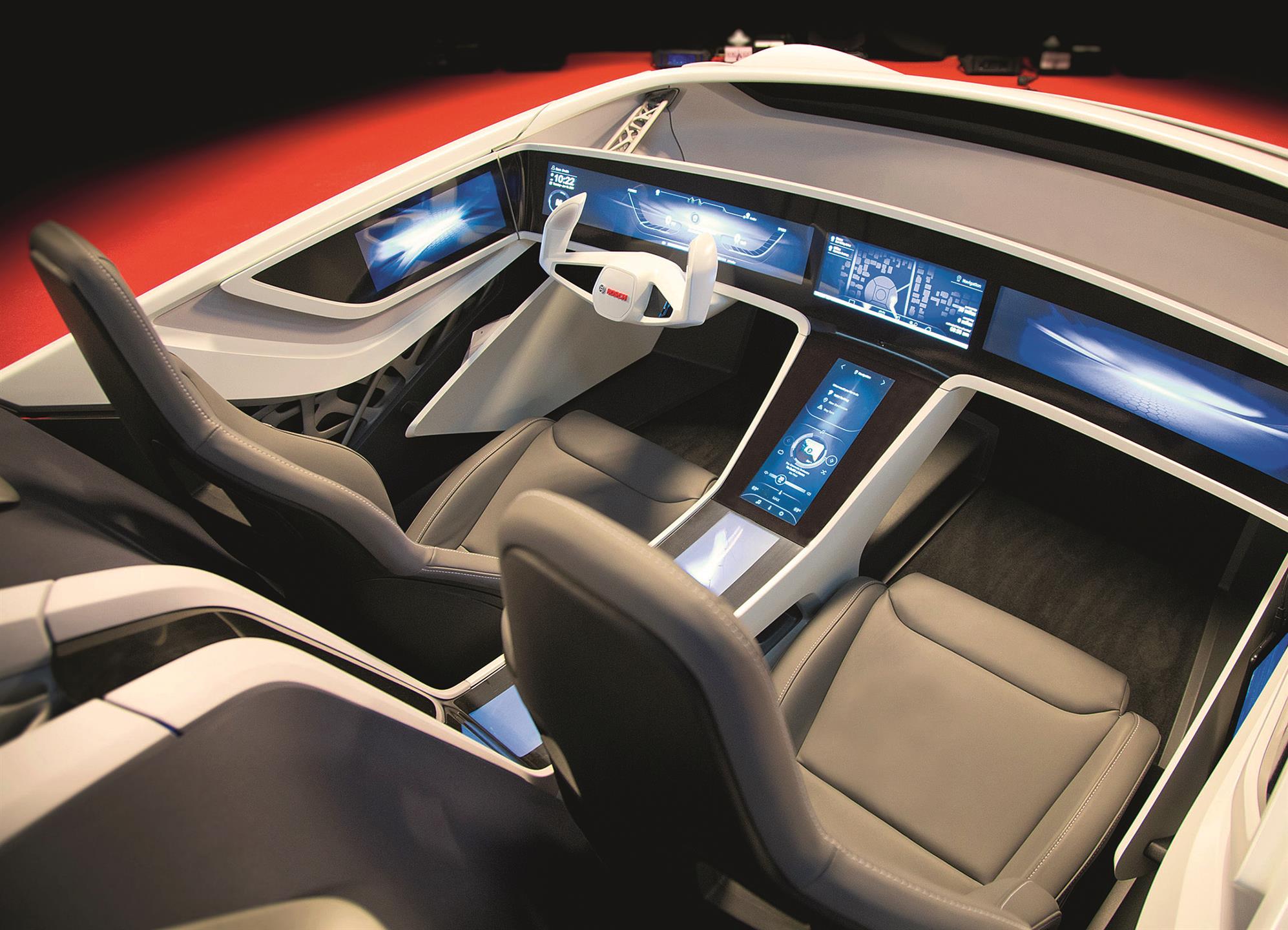 Information, communication, and entertainment both in and with the vehicle are an integral part of automotive development. The only way to implement today’s large choice of navigation, entertainment, telematics, and driver assistance systems is by using high-performance interfaces such as human machine interfaces (HMI), control units, and operating controls.
Bosch’s innovative and high-quality navigation and infotainment products enhance the driving experience and the attractiveness of the vehicle. Intuitive and ergonomic vehicle function control and the simple integration of personal mobile devices and web-based services increase individuality and safety. Bosch’s concept car catches the eye from both inside and out. Its lluminated, trellis-framed body design attracted its fair share of foot traffic to Bosch’s CES booth, even before people know what it is they’re looking at.
All future car drivers will almost certainly benefit from new, improved touchscreens on the commute, whether or not cars will have entire dashboards and door panels built from digital displays.

Winner of the CES 2016 Innovation Award for its own new, improved touchscreen design, Boch has been able to generate a technology that generates multiple haptic textures, allowing one to feel for the menus. The different textures, to differenciate navigation system from the phone system will help drivers to find and change specific in-vehicle settings without pulling their eyes off the road. As well as its haptic elements, the infotainment system features visual and auditory signals. The system can also recognise the amount of pressure being applied to a button. Touching the screen lightly will activate the help function, for example, while varying degrees of pressure can be used to control other functions, including how fast users scroll through a list.
Bosch is also showcasing a cloud-based wrong-way driver alert system that analyzes anonymized vehicle movement data to quickly identify vehicles driving against the direction of travel.
Speaking to Autocar, Bosch’s chassis systems control boss Scott Winchip said the company was currently testing its self-parking technology in Germany and revealed that Bosch has already partnered with a vehicle manufacturer with a view to launching the technology in 2018, although he declined to name the brand.

The Flow of Light – Via Gesù Milano ( Italy )