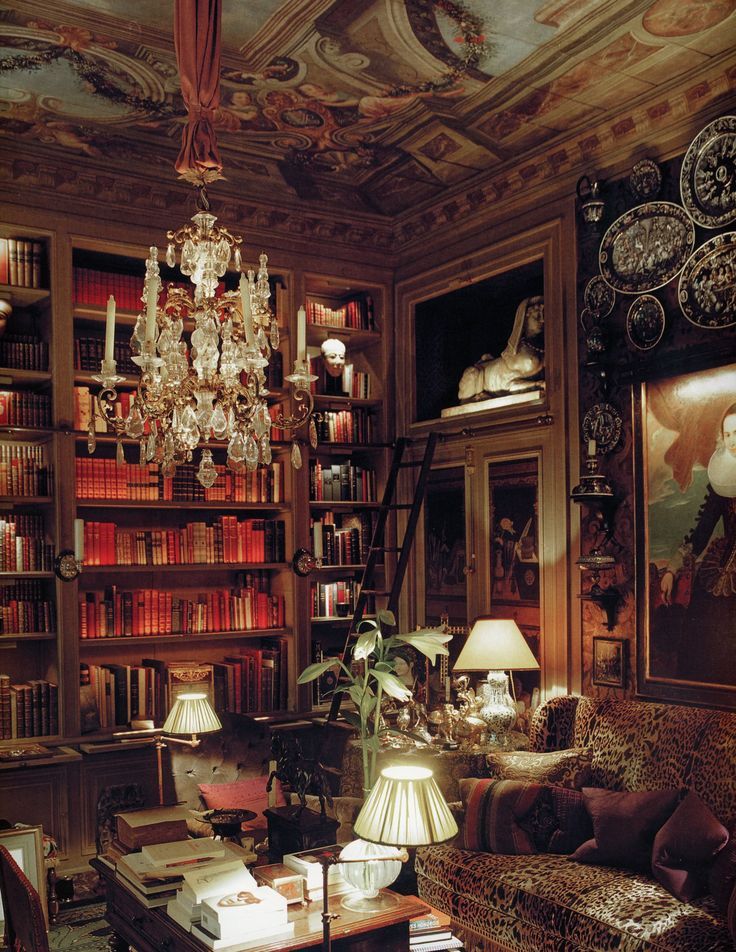 “Few people have the assurance—or the means—to juxtapose paintings by Picasso and Goya with furniture by Jean-Michel Frank and then top it all off with Renaissance bronzes. Yet that is precisely what fashion designer Yves Saint Laurent and his partner in life and business, Pierre Bergé, did at their nine-room duplex on Paris’s Left Bank, one of the superlative interiors of the 20th century. “Everything was a reflection of [Saint Laurent’s] eyes,” says Manhattan-based interior decorator Muriel Brandolini. “There is such a difference with how collecting is done today, all speculation. He was a true connoisseur. Everything he acquired has its own integrity, strength, and beauty.” The couturier, who died in 2008 at age 71, was obsessed with Art Deco, and the apartment at 55 rue de Babylone, with its 1920s provenance, appealed to his and Bergé’s sensibilities. It also pleased them that former resident Marie Cuttoli, famous for reviving the French tapestry industry in the ’30s, had hung the duplex’s walls with weavings designed by modern artists. Carrying that legacy forward, the fashion duo outfitted the spaces—including the salon, shown, photographed in 2008—with formidable paintings, sculpture, and furniture.Interior designer Jacques Grange helped polish the decor as the apartment’s rooms became densely enriched—by Old Master drawings, a rare Eileen Gray dragon chair, and surrealistic fancies crafted by the prolific Lalannes. The Renaissance bronzes reflected Saint Laurent’s admiration of the art-loving Rothschild clan, and his devotion to Frank echoed his fondness for the irascible arts patron Marie-Laure de Noailles, Frank’s seminal client. After Saint Laurent’s death, his and Bergé’s interiors were sold, auctioned at Christie’s in 2009 for an astounding $484 million—the Gray chair alone brought just over $28 million. Despite, or perhaps because of, that dispersal the legend of the apartment. As Saint Laurent’s favorite writer, Marcel Proust, once observed, “The only paradise is paradise lost.”
@legrandmag @yvesparissaintlaurent #renaissance #rinascimento #parisleftbank #murielbrandolini #artdeco #jeanmichaelfrank #pierrebergé #parisapartment

The Most Intense Memory

A Nod to American Sartorial Design